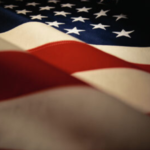 William was born to the late Raymond and Agnes Conwell in Philadelphia, PA, where he resided until relocating to Southampton, NJ eight years ago. He bravely served in the U.S. Army during the Vietnam War. After he was discharged, William worked in Customer Service for Wm. H. Pflaumer & Sons, and Muller, Inc. for many years before his retirement in 2017. In his free time, William enjoyed life. But above all else, he enjoyed spending time with his family and friends.