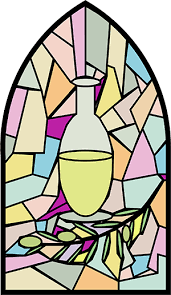 “By the sacred anointing of the sick and the prayer of the priests the whole Church commends those who are ill to the suffering and glorified Lord, that he may raise them up and save them. And indeed she exhorts them to contribute to the good of the People of God by freely uniting themselves to the Passion and death of Christ.”97

I. ITS FOUNDATIONS IN THE ECONOMY OF SALVATION
Illness in human life
Illness and suffering have always been among the gravest problems confronted in human life. In illness, man experiences his powerlessness, his limitations, and his finitude. Every illness can make us glimpse death.

Illness can lead to anguish, self-absorption, sometimes even despair and revolt against God. It can also make a person more mature, helping him discern in his life what is not essential so that he can turn toward that which is. Very often illness provokes a search for God and a return to him.

The sick person before God

The man of the Old Testament lives his sickness in the presence of God. It is before God that he laments his illness, and it is of God, Master of life and death, that he implores healing.98 Illness becomes a way to conversion; God’s forgiveness initiates the healing.99 It is the experience of Israel that illness is mysteriously linked to sin and evil, and that faithfulness to God according to his law restores life: “For I am the Lord, your healer.”100 The prophet intuits that suffering can also have a redemptive meaning for the sins of others.101 Finally Isaiah announces that God will usher in a time for Zion when he will pardon every offense and heal every illness.

Christ the physician
Christ’s compassion toward the sick and his many healings of every kind of infirmity are a resplendent sign that “God has visited his people”103 and that the Kingdom of God is close at hand. Jesus has the power not only to heal but also to forgive sins;104 he has come to heal the whole man, soul and body; he is the physician the sick have need of.105 His compassion toward all who suffer goes so far that he identifies himself with them: “I was sick and you visited me.”106 His preferential love for the sick has not ceased through the centuries to draw the very special attention of Christians toward all those who suffer in body and soul. It is the source of tireless efforts to comfort them.

Often Jesus asks the sick to believe.107 He makes use of signs to heal: spittle and the laying on of hands,108 mud and washing. The sick try to touch him, “for power came forth from him and healed them all.”110 And so in the sacraments Christ continues to “touch” us in order to heal us.

Moved by so much suffering Christ not only allows himself to be touched by the sick, but he makes their miseries his own: “He took our infirmities and bore our diseases.”.111 But he did not heal all the sick. His healings were signs of the coming of the Kingdom of God. They announced more radical healing: the victory over sin and death through his Passover. On the cross, Christ took upon himself the whole weight of evil and took away the “sin of the world,”.112 of which illness is only a consequence. By his passion and death on the cross, Christ has given a new meaning to suffering: it can henceforth configure us to him and unite us with his redemptive Passion.

“Heal the sick . . .”
Christ invites his disciples to follow him by taking up their cross in their turn..113 By following him they acquire a new outlook on illness and the sick. Jesus associates them with his own life of poverty and service. He makes them share in his ministry of compassion and healing: “So they went out and preached that men should repent. And they cast out many demons, and anointed with oil many that were sick and healed them.”.

The risen Lord renews this mission (“In my name . . . they will lay their hands on the sick, and they will recover.”115) and confirms it through the signs that the Church performs by invoking his name.116 These signs demonstrate in a special way that Jesus is truly “God who saves.”

The Holy Spirit gives to some a special charism of healing118 so as to make manifest the power of the grace of the risen Lord. But even the most intense prayers do not always obtain the healing of all illnesses. Thus St. Paul must learn from the Lord that “my grace is sufficient for you, for my power is made perfect in weakness,” and that the sufferings to be endured can mean that “in my flesh I complete what is lacking in Christ’s afflictions for the sake of his Body, that is, the Church.”

“Heal the sick!”120 The Church has received this charge from the Lord and strives to carry it out by taking care of the sick as well as by accompanying them with her prayer of intercession. She believes in the life-giving presence of Christ, the physician of souls and bodies. This presence is particularly active through the sacraments, and in an altogether special way through the Eucharist, the bread that gives eternal life and that St. Paul suggests is connected with bodily health.

However, the apostolic Church has its own rite for the sick, attested to by St. James: “Is any among you sick? Let him call for the elders [presbyters] of the Church and let them pray over him, anointing him with oil in the name of the Lord; and the prayer of faith will save the sick man, and the Lord will raise him up; and if he has committed sins, he will be forgiven.”122 Tradition has recognized in this rite one of the seven sacraments.

A sacrament of the sick
The Church believes and confesses that among the seven sacraments there is one especially intended to strengthen those who are being tried by illness, the Anointing of the Sick: This sacred anointing of the sick was instituted by Christ our Lord as a true and proper sacrament of the New Testament. It is alluded to indeed by Mark but is recommended to the faithful and promulgated by James the apostle and brother of the Lord.

From ancient times in the liturgical traditions of both East and West, we have testimonies to the practice of anointings of the sick with blessed oil. Over the centuries the Anointing of the Sick was conferred more and more exclusively on those at the point of death. Because of this, it received the name “Extreme Unction.” Notwithstanding this evolution, the liturgy has never failed to beg the Lord that the sick person may recover his health if it would be conducive to his salvation.

The Apostolic Constitution Sacram unctionem infirmorum,126 following upon the Second Vatican Council,127 established that henceforth, in the Roman Rite, the following be observed: The sacrament of Anointing of the Sick is given to those who are seriously ill by anointing them on the forehead and hands with duly blessed oil – pressed from olives or from other plants – saying, only once: “Through this holy anointing may the Lord in his love and mercy help you with the grace of the Holy Spirit. May the Lord who frees you from sin save you and raise you up.”