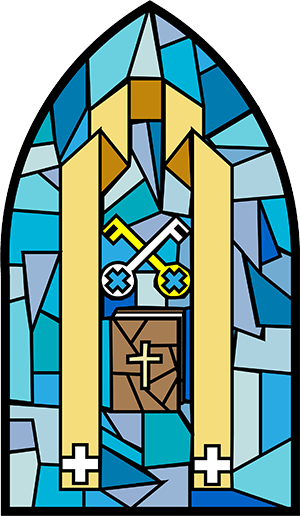 I. WHY IS THIS SACRAMENT CALLED “ORDERS”?
The word order in Roman antiquity designated an established civil body, especially a governing body. Ordinatio means incorporation into an ordo. In the Church, there are established bodies which Tradition, not without a basis in Sacred Scripture,4 has since ancient times called taxeis (Greek) or ordines. And so the liturgy speaks of the ordo episcoporum, the ordo presbyterorum, the ordo diaconorum. Other groups also receive this name of ordo: catechumens, virgins, spouses, widows,. . . .

Integration into one of these bodies in the Church was accomplished by a rite called ordinatio, a religious and liturgical act which was a consecration, a blessing or a sacrament. Today the word “ordination” is reserved for the sacramental act which integrates a man into the order of bishops, presbyters, or deacons, and goes beyond a simple election, designation, delegation, or institution by the community, for it confers a gift of the Holy Spirit that permits the exercise of a “sacred power” (sacra potestas)5 which can come only from Christ himself through his Church. Ordination is also called consecratio, for it is a setting apart and an investiture by Christ himself for his Church. The laying on of hands by the bishop, with the consecratory prayer, constitutes the visible sign of this ordination.

II. THE SACRAMENT OF HOLY ORDERS IN THE ECONOMY OF SALVATION
The priesthood of the Old Covenant
The chosen people was constituted by God as “a kingdom of priests and a holy nation.”6 But within the people of Israel, God chose one of the twelve tribes, that of Levi, and set it apart for liturgical service; God himself is its inheritance.7 A special rite consecrated the beginnings of the priesthood of the Old Covenant. The priests are “appointed to act on behalf of men in relation to God, to offer gifts and sacrifices for sins.”8

Instituted to proclaim the Word of God and to restore communion with God by sacrifices and prayer,9 this priesthood nevertheless remains powerless to bring about salvation, needing to repeat its sacrifices ceaselessly and being unable to achieve a definitive sanctification, which only the sacrifice of Christ would accomplish.10

The liturgy of the Church, however, sees in the priesthood of Aaron and the service of the Levites, as in the institution of the seventy elders,11 a prefiguring of the ordained ministry of the New Covenant. Thus in the Latin Rite the Church prays in the consecratory preface of the ordination of bishops:

God the Father of our Lord Jesus Christ, . . .
by your gracious word
you have established the plan of your Church.
From the beginning,
you chose the descendants of Abraham to be your holy nation.
You established rulers and priests
and did not leave your sanctuary without ministers to serve you. . . .12

1542 At the ordination of priests, the Church prays:
Lord, holy Father, . . .
when you had appointed high priests to rule your people,
you chose other men next to them in rank and dignity
to be with them and to help them in their task. . . .
you extended the spirit of Moses to seventy wise men. . . .
You shared among the sons of Aaron
the fullness of their father’s power.13

1543 In the consecratory prayer for ordination of deacons, the Church confesses:
Almighty God,
You make the Church, Christ’s body,
grow to its full stature as a new and greater temple.
You enrich it with every kind of grace
and perfect it with a diversity of members
to serve the whole body in a wonderful pattern of unity.
You established a threefold ministry of worship and service,
for the glory of your name.
As ministers of your tabernacle you chose the sons of Levi
and gave them your blessing as their everlasting inheritance.14

The one priesthood of Christ
Everything that the priesthood of the Old Covenant prefigured finds its fulfillment in Christ Jesus, the “one mediator between God and men.”15 The Christian tradition considers Melchizedek, “priest of God Most High,” as a prefiguration of the priesthood of Christ, the unique “high priest after the order of Melchizedek”;16 “holy, blameless, unstained,” “by a single offering he has perfected for all time those who are sanctified,”18 that is, by the unique sacrifice of the cross.

Two participations in the one priesthood of Christ
Christ, high priest and unique mediator, has made of the Church “a kingdom, priests for his God and Father.” The whole community of believers is, as such, priestly. The faithful exercise their baptismal priesthood through their participation, each according to his own vocation, in Christ’s mission as priest, prophet, and king. Through the sacraments of Baptism and Confirmation, the faithful are “consecrated to be . . . a holy priesthood.”

In the person of Christ the Head . . .
In the ecclesial service of the ordained minister, it is Christ himself who is present to his Church as Head of his Body, Shepherd of his flock, high priest of the redemptive sacrifice, Teacher of Truth. This is what the Church means by saying that the priest, by virtue of the sacrament of Holy Orders, acts in persona Christi Capitis:
It is the same priest, Christ Jesus, whose sacred person his minister truly represents. Now the minister, by reason of the sacerdotal consecration which he has received, is truly made like to the high priest and possesses the authority to act in the power and place of the person of Christ himself (virtute ac persona ipsius Christi).
Christ is the source of all priesthood: the priest of the old law was a figure of Christ, and the priest of the new law acts in the person of Christ.25

Through the ordained ministry, especially that of bishops and priests, the presence of Christ as head of the Church is made visible in the midst of the community of believers.26 In the beautiful expression of St. Ignatius of Antioch, the bishop is typos tou Patros: he is like the living image of God the Father.

This presence of Christ in the minister is not to be understood as if the latter were preserved from all human weaknesses, the spirit of domination, error, even sin. The power of the Holy Spirit does not guarantee all acts of ministers in the same way. While this guarantee extends to the sacraments, so that even the minister’s sin cannot impede the fruit of grace, in many other acts the minister leaves human traces that are not always signs of fidelity to the Gospel and consequently can harm the apostolic fruitfulness of the Church.

This priesthood is ministerial. “That office . . . which the Lord committed to the pastors of his people, is in the strict sense of the term a service.”28 It is entirely related to Christ and to men. It depends entirely on Christ and on his unique priesthood; it has been instituted for the good of men and the communion of the Church. The sacrament of Holy Orders communicates a “sacred power” which is none other than that of Christ. The exercise of this authority must, therefore, be measured against the model of Christ, who by love made himself the least and the servant of all.29 “The Lord said clearly that concern for his flock was proof of love for him.”

“In the name of the whole Church” does not mean that priests are the delegates of the community. The prayer and offering of the Church are inseparable from the prayer and offering of Christ, her head; it is always the case that Christ worships in and through his Church. The whole Church, the Body of Christ, prays and offers herself “through him, with him, in him,” in the unity of the Holy Spirit, to God the Father. The whole Body, caput et membra, prays and offers itself, and therefore those who in the Body are especially his ministers are called ministers not only of Christ, but also of the Church. It is because the ministerial priesthood represents Christ that it can represent the Church.