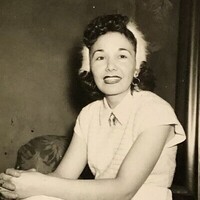 Alberta M. Rinkus passed away peacefully on Saturday, June 13th, surrounded by her loving family. She was 91 years old.

She was the cherished wife and best friend of Robert G. Rinkus and they were happily married for 71 years.

Born in Nutley, New Jersey to Louis and May Silvette on September 30, 1928, she was one of 9 children. She was preceded in death by her five sisters, Sophia, Gloria, Josephine, Frances and Jenny and her dear brother Edward. The family resided in Nutley for a few years and then moved to Berwick, PA where she spent most of her childhood.

After marrying her sweetheart Robert, in August of 1948, the couple lived in Bellefonte, PA while Robert pursued his degree in Electrical Engineering from Penn State University. Shortly after his graduation the couple moved first to Levittown, PA and then to their lifelong home in Lower Makefield, PA. They cherished many fond memories raising their children there amongst wonderful neighbors.

Alberta had a very strong love of family and her greatest joy was spending time with them. She also loved reading and playing pinochle with friends. She was always willing to babysit her grandchildren and helped to raise many of them.

In lieu of flowers, the family requests donations to St. John the Evangelist Church at the address listed above.