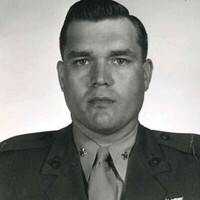 Major Michael J. Barkovich, USMC, Retired, died on Saturday, May 30, 2020, at Jefferson Hospital in New Jersey at the age of 85.

Born in McDonald, Ohio, Mr. Barkovich has been a resident of Falls Township for the past 41 years and was a member of Saint John the Evangelist Parish in Morrisville.

He served in the United States Marine Corps as a Naval Aviator during both the Korean and Vietnam Wars, achieving the rank of Major, after 23 years of service in the military.

He served as a member of HMX-1 Presidential Helicopter Squadron, the Marine Corps League, and several other Military Associations.

Mr. Barkovich was a flight instructor with the former Ransome Airlines and he later was a member of Life Support International in Langhorne.

Mr. Barkovich will also be sadly missed by his 2 nephews and extended family.

Family and friends are invited to call on Monday, June 8, 2020 from 10:00 until 11:00 am at Saint John the Evangelist Church, 752 Big Oak Road, Morrisville, where his funeral mass will be celebrated at 11:00 am. Interment will be held privately at Washington Crossing National Cemetery in Newtown.

In lieu of flowers, memorial contributions in his name may be made to a charity of donor’s choice.