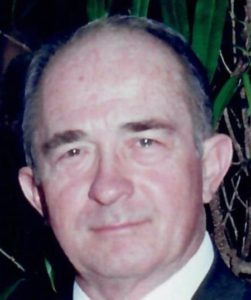 Anthony “Skip” Klitus of Yardley, PA, died peacefully at home in his wife’s arms on Friday, June 7, surrounded by his loving family. He was her best friend and loving husband for nearly 61 years. Anthony is survived by his wife, Joyce Cybrouch Klitus; four sons and daughters-in-law: Christopher and Noreen of Hoboken, NJ, Theodore and Priscilla of Morrisville, PA, Patrick and Dawn of Morrisville, PA, and Thomas and Denise of Easthampton, MA; brother, Michael Klitus of Humble, TX. He was loved by his eight grandchildren: Matthew and his wife Meghan, Benjamin, Matthew, Kelsey, Jessie, Emmett, Alex, and Isabelle. Also his three great-grandchildren: Elinor, Ada, and Cole, and many nieces and nephews.

Born in Atlantic City, he was the son of the late Anthony J. and Helen (Sameruck) Klitus. He lived in the Upper West Side of Manhattan for 2 years before settling in Trenton, NJ. He attended Trenton Catholic High School, Trenton Junior College, and St. Francis College in Loretto. Athletics was a big part of his young life, playing baseball and basketball. He was an avid bowler and golfer and was active in several leagues, including the Lower Makefield Seniors.

Anthony retired from the US Postal Service in 2002 after 37 years of exemplary service. He then worked part-time for BJ’s Wholesale Club. He was an active member of St. John the Evangelist Church in Morrisville where he was a member of the Knights of Columbus.

A Memorial Mass will be held Friday at 10:30 am at St. John the Evangelist Church 752 Big Oak Road, Morrisville, PA, where friends may call from 9:30 am. In lieu of flowers donations may be made in his memory to St. Jude Children’s Research Hospital, 501 St. Jude Place, Memphis, TN 38105, or stjude.org.